A Michael Jackson Airbrush Tattoo Stencil for the Ultimate Fan

Our Celebrity Icons Collection isn’t a jumble of random celebrities, but the ones that we feel are the real deal. When it comes to being an icon, it’s not just about the fame and the fortune, but also what is inside. Michael Jackson was no exception. He was an absolute phenomenon, ultimately talented and yet he was so more than just a singer, songwriter.

The meaning of life is contained in every single expression of life. It is present in the infinity of forms and phenomena that exist in all of creation. -Michael Jackson

Our Michael Jackson Airbrush Tattoo Stencil is a depiction of him in the “Thriller” jacket. Or was that “Billy Jean”? He actually did wear that jacket a lot…

Note: Our stencils are specially lit to show their best features in photography. They are not pink & blue. Expect a clear, milky colored stencil

Our serving suggestion for this stencil

Try it with angel wings! Pair this one with Audrey or even Elizabeth Taylor, since we all know they were great friends with Michael. It just makes all kinds of tattoo sense! 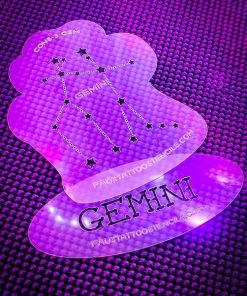 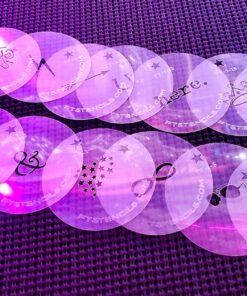 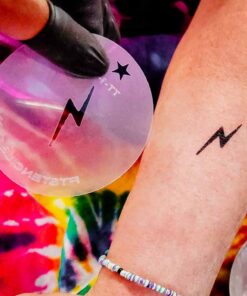